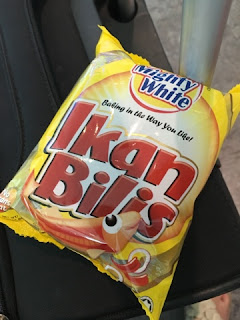 One of my more frequent laments when I return is how little has been written about food in Malaysia as a lesson to the world on markets and multiculturalism. I've always considered Malaysia as one of the older multicultural societies in the world, where the society has been shaped by a buoyant trade between the Far East and the West for 500 years. Although not as ancient as Turkey, itself also a gateway to the near East, it is as rich in its cultural mix. And the cultural mix has manifested itself fully in the food that Malaysia has on offer. Admittedly, over the past 10 years, more has been written about this and today we have Jean Duruz's book on Eating Together: Food, Space, and Identity in Malaysia and Singapore, papers on food and multiculturalism by many authors such as Christina Demetriou and multiculturalism from a sociological angle by Daniel Goh in Singapore.

I'm not an expert in multiculturalism, although I dabble a little in sociology and social identity, primarily because of my work in value. I know more about markets and it's with a market lens that I wish to discuss multiculturalism.

Let me start with a very simple food item, one I eat too much of when I return to Malaysia. The 'ikan bilis bun'. It's a well-known food item in Malaysia but not available anywhere else. It is made of white bread stuffed with an anchovy chilli chutney of sorts and sold in many convenience shops. It's my comfort food when I am jet-lagged and awake in the middle of the night. The anchovy chutney is clearly Malay in origin, the bread is a legacy of the British (we were a British colony) and the idea of stuffing bread with something is likely to be a Chinese influence because of Chinese foods that bear some resemblance to it such as pork steam buns and the like.

Within a simple bun, I find a manifestation of generations of multicultural co-existence between the Westerner (I use this term to depict British, Portuguese and other Westerners who have traversed and settled in the country over 500 years), Malays, Chinese and Indians. You can see this across so many combinations of Malaysian food, often not found in China, India, Indonesia and the West. They came to be because of markets that have evolved the mono-cultural food products of the Chinese, Indian, Malays and the West into more creative and innovative ones and have tapped into the multicultural environment in Malaysia to refine all its combinations. Where they have worked, such as with the humble ikan bilis bun, Malaysians have praised with demand.

The reason I am blogging about this is because Malaysia is currently going through tense times in race and multicultural relations. 500 years of peaceful co-existence seem to be set aside as each race renegotiate its own social identity in a modern world of fundamentalism and geopolitical tensions. I suppose what I really want to say is that we have voted for a harmonious existence for 500 years with our spending and eating habits, through our markets, whatever the political rhetoric espoused. And when each race suddenly becomes aware of the differences between one another, it might be useful to remember the amazing food we have created together. The markets spoke of our integration even before we were even aware of our differences.

This blog documents my service research projects, my thoughts and opinions around value-based service systems, pricing and business models.
If you are following this blog, click on 'follow' so that I know who's listening! It will give me the motivation to keep blogging!
Twitter: ireneclng